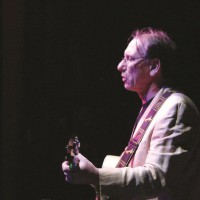 AFTER a lengthy battle against chronic lymphocytic leukaemia and Crohn's disease popular country and pop worship artist Dave Clemo, once dubbed "the Kettering cowboy," has returned to limited ministry activity. He has released a download four volume compilation of some of his best-known tracks, 'Songs Of Praise And Devotion' and will soon be publishing his first book. He told Cross Rhythms, "In 2015/16 I got busy. I recorded another album for the Whitby Gospel Music Convention called 'One Day At A Time', produced two albums for local singers, filmed three live DVDs (no edits or overdubs) and then recorded an album with local singer Karen Angela. I plan to play a number of one-man shows this year but got ill Christmas, taking almost six months to recover. I've still not got my voice back but have two new albums in production, both original songs, one with Karen Angela, one solo."