Being Empty Being Filled 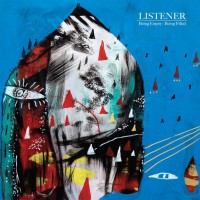 THE HIP-HOP project by Dan Smith, which over the years has developed into a "spoken word rock band," Listener, have released the album 'Being Empty: Being Filled'. The act from Fayetteville, Arkansas, have previously released seven albums.

For more on Listener visit the Listener artist profile