Black Sheep Of The Fold 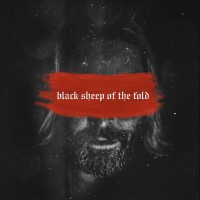 RENOWNED singer/songwriter Kevin Max has released an 11-track compilation album 'Black Sheep Of The Fold'. The album is a compilation of songs from the past 18 years. Said the artist in an interview for New Release Today, "I put together these songs for the Jesus Freak Cruise. . . I feel like most of the fans of dc Talk don't even know what I've done since 2001. So I decided to give them a project where they can hear what I've done from 2001 to 2019."