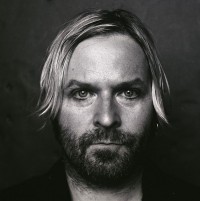 THE 13TH studio album by Grammy-winning singer/songwriter Kevin Max, funded by a PledgeMusic campaign, will be released shortly. 'AWOL' offers seven tracks written and recorded by Max and his producer Kieran Kelly and features such players as bass man Andy Rourke of The Smiths and drummer Matt Johnson of the St Vincent band and other tracks recorded at the Buddy Project Studio in New York City.