Koryn Hawthorne tops the US chart for 26 weeks 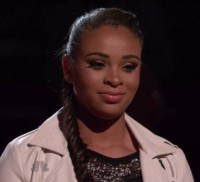 AMERICA'S biggest new urban gospel star, Koryn Hawthorne, has become the first female artist to hold the number one position on Billboard's Hot Gospel Songs chart for 26 weeks, with her single "Won't He Do It". Hawthorne's chart-topping success surpasses the previous record of 25 weeks set in 2013 by Tamela Mann with "Take Me To The King". The video for "Won't He Do It" has garnered 1.4 million views since its debut a month ago, while the debut album on which the song is featured, 'Unstoppable', has been number one on the BDS Gospel chart for 18 weeks and number one on the MediaBase Gospel chart for 17 weeks.