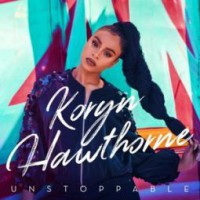 GRAMMY-nominated chart topper Koryn Hawthorne has released a single, "Unstoppable", featuring two-time Grammy-winning rapper Lecrae. Hawthorne's "Won't He Do It" single made history as the first female artist to hold number one on Billboard's Hot Gospel Songs chart for over 25 weeks.