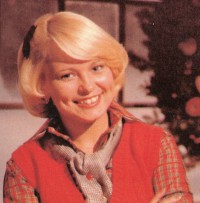 FOUR VETERAN artists Evie, The Archers, Farrell & Farrell and Cheri Keaggy played the inaugural CCM Reunion concert on 27th October in Franklin, Tennessee. The artist are described as those who "helped shape contemporary Christian music and who look back on the songs that were the soundtrack for the Jesus Movement." More concerts are planned.

For more on Evie visit the Evie artist profile