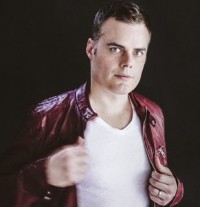 THE SINGER Marc Martel, who has found renown first as the frontman of Christian band Downhere and latterly as the vocalist of Queen tribute band The Queen Extravaganza, has released his third Christmas EP. 'Christmastime Is Here' features such evergreens as "O Little Town Of Bethlehem", "Have Yourself A Merry Little Christmas" and "Little Drummer Boy". In October, Martel released a mini-album, also distributed by The Fuel Music, 'Thunderbolt & Lightning'.