Creed Had A Baby 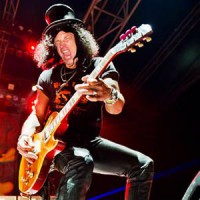 A ROCK band from Boise, Idaho, 710 Split, have released a 10-song debut album, 'Innocence'. Read a review, "Imagine if Creed, Petra and Stellar Kart somehow all had a baby. Now imagine that baby ate nothing but early-2000s youth group literature for breakfast for 16 years. The result might be new indie band 710 Split."

For more on 710 Split visit the 710 Split artist profile