Digging In To Next Part 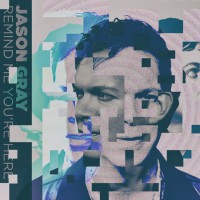 AMERICA's popular singer/songwriter Jason Gray is releasing his first single from 'Disorder', the second volume of a three part album 'Order Disorder Reorder'. The single "Remind Me You're Here" is issued through Centricity Music. Talking about the 'Order Disorder Reorder' release plan Gray explained that the project had been divided into three parts "to give time and space to reflect on one part of the journey before digging into the next."