Produced By His Son 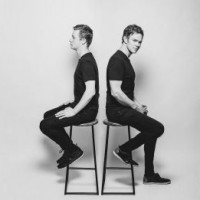 THE 21-YEAR-OLD son of well-established American singer/songwriter Jason Gray, Kipper, has produced the latest release by his father. 'The Kipper Gray Sessions' EP is issued by Centricity Music. Said Jason, "I've played around with music with my son for years and had always hoped one day we could make a commercial project with each other. My record label ended up hearing some demos Kipper had done for me, and we felt like there was a little bit of magic in it that we wanted people to hear. Plus, I figured my son does kind of owe me, since I paid for his room and board for 18 years. . ."