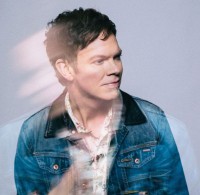 AMERICAN singer/songwriter Jason Gray and R&B gospel singer Blanca have collaborated on the latest single, "New Song", released by Gray through Centricity Music. The track comes from Gray's 'Disorder' EP, to be issued on 20th March. Speaking about the origins of "New Song" Gray said, "When my friends Jordan Sapp and Ellie Holcomb met up to write with me, their publisher poked her head into the writer's room to see how we were doing. I noticed a tattoo of a bird on her arm and asked what it meant to her. She told us that after a long and painful season in her life, she was ready to start the next chapter. She'd heard that sailors lost at sea would listen for birds singing, because bird's song meant that new land was nearby. She got the tattoo as a symbol of her hope for the future. I suggested we should pay attention to the inspiration at hand and that this is what our song should be about."