Rapper Die-Rek has released a new single "The Dying Ones" 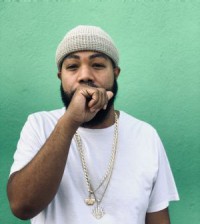 THE CANADIAN rapper and producer from Toronto, Die-Rek, whose "I'm So Potential" recently made the Cross Rhythms playlist, has released a new single, "The Dying Ones", with Illect Recordings. Read a press release "From start to finish, one will be immersed in tales of the journey from the valley to peak with poignancy and buoyancy. With a flow that sounds like a mix of the Caribbean and part cyborg from the future, Die-Rek showcases a style that is deep enough to cut to the root whilst still remaining palatable to the listener."