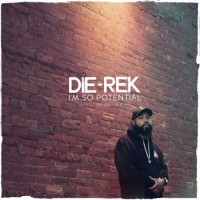 US LABEL Illect Recordings have released a single by Derek Jordan, otherwise known as DIE-REK. "I'm So Potential" was produced by DIE-REK and is described as "a smorgasbord of spaced-out off-kilter futuristic funk that sounds like an alien transmission from an undiscovered planet. This brand of champion sound harkens back to the days when James Yancey and Otis Jackson first linked up."