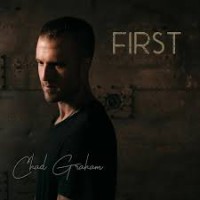 ONE OF the lead vocalists with Nashville stalwarts Anthem Lights, Chad Graham, having released a single of a medley of two TobyMac songs, "I Just Need U" and "Everything", has now released his debut album 'First'. Amongst the tracks are a medley of three Newsboys oldies and the song "Starlight" featuring Chad's wife Fallon Graham.