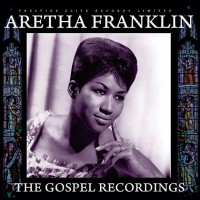 THE FIRST ever recordings made by a teenage Aretha Franklin, recorded in 1956 at Detroit's New Bethel Baptist Church, pastored by her father Rev CL Franklin, are set to be reissued again on a budget-line album, 'The Gospel Recordings'. The album is released by Prestige Elite on 25th January. The tracks were made by record shop owner turned record producer, Joseph Von Battle, and were originally released on his Battle label before being leased to Chess Records.