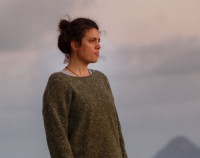 FOLK POP singer from Queensland, Australia, Anna Beaden, who teaches religion, music and drama, has released the single "Unimaginable". It is the second single release from her third EP, 2018's 'Captured Epiphanies'.