For The Wounded Heart 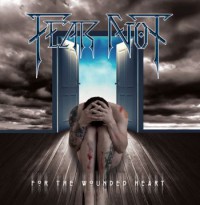 THE CALIFORNIAN heavy rock band Fear Not, whose self-titled album from 1993 is considered something of a Christian metal classic, have returned with an EP released through Roxx Records, 'For The Wounded Heart'. Read a press release, "The brand new release features all four original members of the legendary Christian rock band Fear Not, including original vocalist Larry Worley on guitar and backing vocals, Chris Howell on lead guitar, Rod Romero pounding on the bass and Gary Hansen wailing on the drums. Added to this new incarnation of Fear Not we bring in to the fold a brand new addition with lead vocalist Eddie Green who helps take this new EP to a whole new level."