'90s heavy rockers Fear Not to get limited edition re-issue 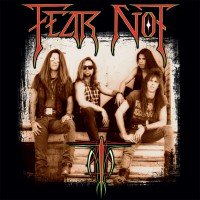 THE CALIFORNIA heavy metal band of the '90s, Fear Not, are having their self-titled debut album, originally released on Pakaderm Records, re-issued by Roxx Records on 15th December. Read a press release, "The music for this re-issue has been completely remastered for vinyl and for a special CD pressing by our very own Rob Colwell (Bombworks Sound). So join us as we celebrate the 25th anniversary of 'Fear Not' with this very cool limited edition reissue."