God In The Muslim World 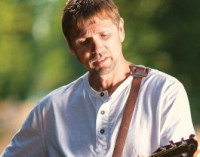 WORLD TRAVELLING musician and missionary Perry LaHaie is set to record a new album in Nashville. He said, "The working title is 'Him' and it's all about the extravagant grace of Jesus and his beating heart of love for the world. Many of the songs are reinvented hymns like 'Amazing Grace'. To incredible songs of grace like this, I've added new choruses that move us to look out to a world that's gasping for grace. Some of the songs are original. And on all the songs I've had creative input from Kali and Taylor who both have such amazing creative instincts and have been willing to say, 'Dad, that really sounds dated.' The producer Andy Hunt has pulled together a team of Nashville players who are going to be awesome to work with. When I shared via email with the keyboard player Matt about why I'm doing the album, to mobilize a vision to reach the Muslim world, he emailed back: 'This is awesome. The world is so much larger than what we see here in the US. . . so glad I can help with what you are doing. God is moving in huge ways in the Muslim world'."