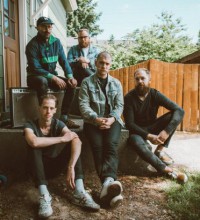 THE ALTERNATIVE rock band Citizens (dropping the "& Saints" part of their name), who along with Kings Kaleidoscope and Ghost Ship once recorded for the defunct Mars Hill Music, are picking up enthusiastic reviews for their latest album, 'Fear'. Read a review on Jesusfreakhideout website, "'Fear' is not the sound of a band running away from their church band roots, but rather the sound of a band diversifying their discography and flexing their musical muscles. When the results of that exercise give us songs as great as 'Out Of Sight', or the epic yet grooving 'Past' (recalling 'The Suburbs'-era Arcade Fire), then Citizens fans of all stripes should have no fear about where this band is going."