'Waking Up To Never Die' EP by Seattle's Citizens released 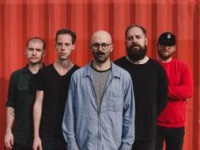 THE SEATTLE-based rock worship band Citizens, who had a Cross Rhythms radio hit with "Sweetness Of Freedom", have released a new EP. The independent 'Waking Up To Never Die' is released in conjunction with Rainbow Records and Humble Beast Records.