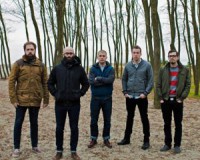 THE SEATTLE-based rock band Citizens have become the first non-hip-hop act signed to Humble Beast Records whose roster includes Propaganda, Sho Baraka and Beautiful Eulogy. Citizens released the 'In Part' EP in August and will be touring the US this autumn.