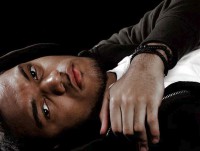 AUTHENTIC Media are releasing in October the album 'Hide And Seek' by singer, songwriter and guitarist from Buffalo, New York, C West. The singer, who has been compared to the likes of Lenny Kravitz, released the single "Breaks Your Heart" earlier this year