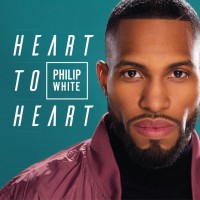 R&B GOSPEL artist Philip White has released his debut album, 'Heart To Heart'. The project was produced by several music industry big hitters, including Juan Winans (grandson of the legendary gospel group The Winans), Montrell Darrett (one-time member of Commissioned) and Kyle Lovett (producer for VaShawn Mitchell). In 2017, Nashville-based White released a single, "Choose Ye (ftg Dianita White)", a cover version of a song originally recorded by The Winans. White has worked as a background vocalist for the likes of Carrie Underwood and Lisa McClendon. The latest single from 'Heart To Heart' is "None Like You".