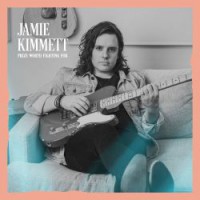 THE SINGER/songwriter from Kilmarnock, Scotland, Jamie Kimmett, who while studying to be a pastor in the UK decided to relocate to Nashville to pursue music and within a few weeks was signed to Provident Label Group, has released his second single, "Burdens". Jamie's first single, "Prize Worth Fighting For", issued in December last year, reached 21 on Billboard's Christian Songs chart.