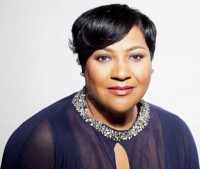 LONDON-based singer Gill Francis, who in 1993 had a major club music hit released as Jill Francis "Make Love To Me" and went on to win a Black Music Award and support Sounds Of Blackness and Silk before returning to a career in nursing, has released an album, 'My Life'. The project, made with producer and songwriter Mahlon Rhamie, is described as chronicling "the tentative steps of a spiritual journey and the gradual realisation of the enormity of God's love."