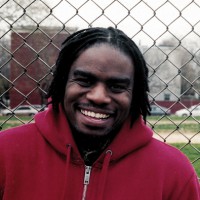 THE RAPPER Shai Linne, after a three-year absence, has announced his upcoming album 'Still Jesus'. The line "Ayo, I'm back, but nobody was asking where I've been.", first spoken on "Random Thoughts" on Shai Linne's 'The Solus Christus Project' album of 2005, is also the introductory line for the new album. 'Still Jesus' is the emcee"s seventh studio album.