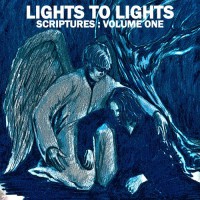 CALIFORNIA-based artist Lights To Lights have released the album 'Scriptures: Volume One' which consists of seven whole books of the Bible read over guitar-based experimental ambient music. Jimmy Sisco, also known as the lead singer for punk rock bands Platoon 1107 and Absolved, is the man band behind the album.