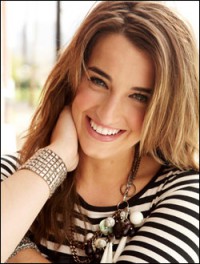 A SEVEN-song mini-album by singer/songwriter Holly Starr will be released on 15th September. 'Human' is issued by Artist Garden Entertainment and produced by Bryan Fowler (TobyMac, Mandisa), Matthew Parker and David Thulin. The project's lead single "Run The Race" has amassed more than one million streams on Spotify. Said Starr, "From beginning to end, 'Human' feels really true to me as a songwriter. It's filled with moments from my life and it captures the last two years in an honest way for me."