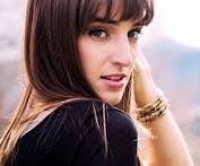 NASHVILLE-based pop singer Holly Starr has released a single, "Human Remix (ftg Matthew Parker)". The track is the first of three singles from the 'Human Deluxe Edition' album scheduled for release later this year. Said Starr, "This is one of my favourite songs I've written/recorded. Working with Matthew Parker is always a blast and he features on the track as well, making it even more special. [God] knocked this one out of the park!"