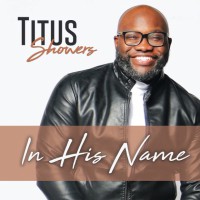 THE FORMER lead singer of The Showers, Titus Showers, has launched as a solo artist. The single "In His Name" was written by Titus and produced by Grammy-nominated Luscious B Hoskins. The Showers were nominated for Stella Awards for their albums 'The Showers' and the chart-topping 'The Journey'.