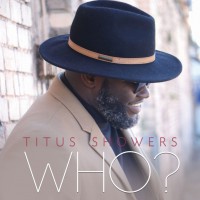 A SEVEN-song mini-album, 'Who?', has been released by the former lead singer of award-winning gospel team The Showers, Titus Showers. The project contains a remixed version of the Billboard Top 15 radio hit "Better" featuring Canton Jones and a "throwback Delta-blues-meets-old-ragtime-hymnal," "Amen".