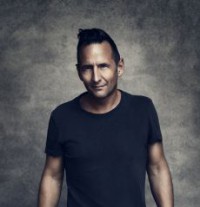 FORMER frontman of Delirious? and writer of some of the biggest songs in modern worship, Martin Smith, has released his first live solo recording. A single "Jesus Only You" has been issued through Integrity Music. The single includes two generations of the Smith family featuring as it does a guest vocal from Smith's daughter Elle Limebear. The track will be included on Martin's next album 'Love Song For A City' which is scheduled for release this summer.