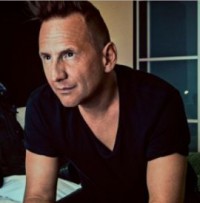 FORMER frontman of the band Delirious?, worship leader Martin Smith yesterday released his solo live album 'Love Song For A City' with Integrity Music. The songs were recorded in cities around the world including in Dubai, Australia, Ireland and Canada. A press release read, "This is a stunning collection of songs that's been recorded from east to west, breathing love and life, proclaiming Jesus only you."