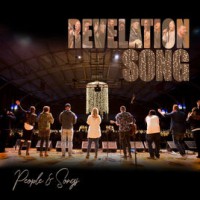 A COLLECTIVE of songwriters, worship leaders and artists, People & Songs, organised by songwriter Jennie Lee Riddle, have made a new version of Jennie's worship hit "Revelation Song". People & Songs' "Revelation Song (Live From La Porte)" was released on 2nd March and an iPhone recording of a rehearsal for the collective's version has already had over 30 million views on Facebook. The song has been in CCLI's worship song Top 20 for over a decade.