'The Wait: Silence The Noise' new release for David Leonard 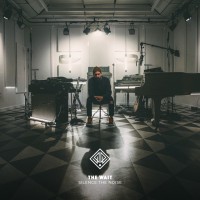 THE FORMER member of Grammy-nominated All Sons & Daughters, David Leonard, who released his debut solo album 'The Wait' earlier this year, will issue on 30th August 'The Wait: Silence The Noise'. The new project is a collection of newly recorded versions of the songs. Said Leonard, "When I set out to make 'The Wait', I didn't want to have any rules. I wanted to be able to make a record that I felt was creative and push the boundaries. The tough part about that is songs sometimes get lost in production. There have been so many times in the past couple of months where I've done interviews and people have asked me why I have stepped away from the corporate worship thing. To me, this is corporate worship. We're just creating a new sound for it. So the hope with this project is that we allow people to see the songs for what they are; which are worship songs."