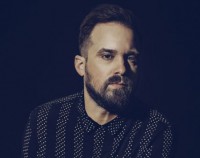 THE DEBUT solo album by David Leonard, formerly one half of the Grammy-nominated duo All Sons & Daughters and a former touring member of mainstream hitmakers Needtobreathe, will be released in March. Read a press release, "'The Wait' tells Leonard's story of wrestling through heartache, depression, confusion and redemption with his family and with God. At its heart, 'The Wait' is a pilgrim's tale, filled with all the joy, fear and hope expected on this side of heaven. And though mined from Leonard's own journey, the themes are universal." 'The Wait', produced by Leonard with Brad King and Seth Talley, will be issued by Integrity Music on 15th March.