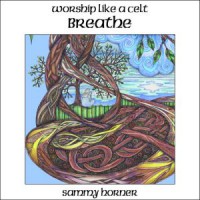 GLOBE-TROTTING Celtic singer/songwriter Sammy Horner is set to release the second instalment of his Worship Like A Celt project. The Kickstarter-supported 'Worship Like A Celt: Breathe' was produced and recorded by Tony (The Psalmist) Silcock and Sammy Horner at DUB-ious Studios in London and Bigfeet Studios in Wexford, Ireland. Said Horner, "I once asked my friend and occasional mentor Ray Simpson, 'If the Celts were going to make music today, what kind would it be?' He replied that they would be using the best and most modern tools available to them. So we have tried to mix up some traditional instruments with technology to breathe new life into an old tradition."