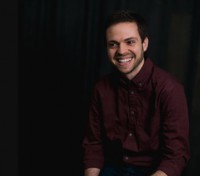 SINGER/SONGWRITER Jonathan Tekell, from Dallas, Texas, has issued a debut album 'Love Me To Pieces'. The musician faced obstacles to his music career as surgery in his wrist, to repair ligament damage in 2016, crippled his ability to play the piano. Tekell sought God during his recovery, who led him to write the music he could no longer play. Tekell's aim for the record is "that people would meet Jesus in these songs, and that these songs would change people's lives, because when we truly meet Jesus, we can't help but be changed."