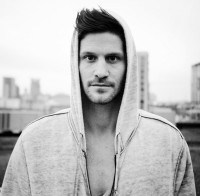 CCM HITMAKER David Dunn has released a Christmas single "Overwhelming" through BEC Recordings. Said Dunn, "When it comes to Christmas, there are a ton of Christmas songs about all the characters in the Christmas story: songs about Mary, the inn keepers, the shepherds. There aren't a ton of songs about Joseph, and he was a pivotal character in the Christmas story. 'Overwheming' is my attempt to understand Joseph during the birth of Christ. An angel comes and tells him his fiance is carrying the Messiah and he's going to be the earthly father. . . If that were me I would have been completely overwhelmed. Fast forward and he's holding his son who will save the world. He's holding his child that is all man and all God. Not only is that overwhelming, it's overwhelming because God chose him to raise his son. If I were him I would think, 'Who am I? I'm not a king. I'm not a man of power. I'm just a carpenter.' But nonetheless, God chose him. There's something really incredible and overwhelming about that."