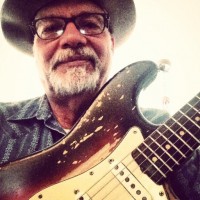 ONE OF the most experienced musicians in Nashville who has shared the stage with Neil Young, Sheryl Crow and Jack White and who has released five critically-acclaimed albums, Phil Madeira, will on 5th April release a new project, 'Providence'. Read a press release, "Comprised of 10 songs, 'Providence' gives listeners a closer look at Madeira's life and the inner conflict of being raised in New England yet feeling an undeniable attraction to the music of the South. [Said Phil], 'It's an album full of love songs to where I'm from and where I've come to.' Songs like 'Rich Man's Town' reflect on his childhood in Barrington, a suburb of Providence, Rhode Island. Others like 'Dearest Companion' with the words 'We're Dixon and Mason, lost in translation/If love ain't frustration, I don't know what is', make the connection between where he was raised and Nashville, his home of over 30 years."