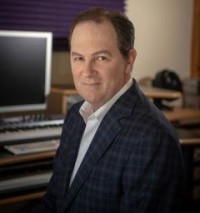 THE MODERN interpretations of the Psalms the David/Asaph Project, conceived by songwriter David Albracht, are set to release the EP 'Make A Joyful Noise: The Psalms At Abbey Road'. It will be issued on CD, iTunes and a limited edition on vinyl. The first three songs on the project (Psalms 66, 48 and 115) feature Paul Ayres conducting the London Symphony Orchestra and the London Voices at Abbey Road Studios in May. The second three tracks feature the orchestra only.