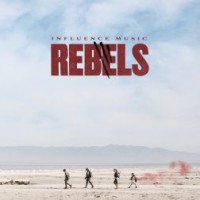 LOS ANGELES-based worship group Influence Music, birthed out of the Influence Church in Anaheim Hills, California, will be releasing their second album, 'Rebels', on 19th July. A single from the album, "Redeemed", is out now. Said the band's Mat Gilman, "My desire for 'Redeemed' is that it would become an anthem of hope for the lost, hurting and broken souls in the world. This song, in many ways, captures all of our stories. All of us have been wounded or broken. Maybe some of us are, or have been, on that prodigal path. But the love of Jesus is constant, regardless of our journey. I hope that all who listen would sing it as their own story, their own anthem, and their own expression of gratitude for the redemption we have in Jesus."