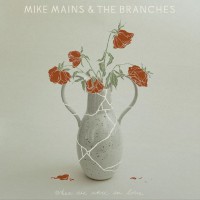 DETROIT-based rock band Mike Mains & The Branches have returned to the scene after a lengthy hiatus and will release their first album in five years, 'When We Were In Love', through Tooth & Nail Records in April. The band's previous albums, 'Home' in 2012 and 'Calm Down, Everything Is Fine' in 2014, built them a sizeable fan base. Read a press release, "Five years later, Mike Mains & The Branches are back with 'When We Were In Love' - their most intimate album to date. Much of the record is an extremely personal account of the heartache experienced during a marital rough patch and the journey to rebuild said relationship."