Manafest to issue a remix of album 'Stones' 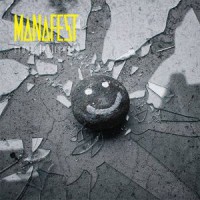 SINGER, songwriter, rapper, author and skater Manafest, from Ontario, Canada, is to release a remix of his album 'Stones'. On 'Stones Reloaded' each song has been given a facelift by producer Doug Weier, creating a rock/electronic hybrid. Speaking of the remixes Manafest said, "I've had remixes done before, but after hearing one of Doug's remixes, it sounded like a brand new song. Not only did Doug switch up to create new music but he messed with the arrangement of the songs and tones of my voice." 'Stones Reloaded' is due to be released on 21st September.