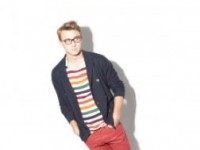 CALIFORNIAN worship leader Landry Cantrell has released another track, "REM", from his upcoming album, 'Glasshouse'. Speaking about "REM", Cantrell said, "I wrote this one for my wife a while back, never really intending to release it, but this year I thought it would be cool to share it with you guys on Valentine's Day. If you have followed my music for some time then you know I've written a few songs for Kelsey over the years. 'REM' is a continuation of those first two songs, picking up our story where 'Indian Summer' left off. Whether you're a hopeless romantic, or have someone to spend Valentine's Day with this year I hope you can listen to 'REM' and dream with us! It's important to take time to reminisce and Remember Every Moment spent with the person you love."