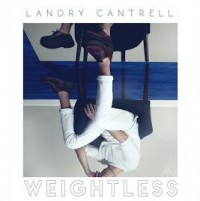 A SINGLE, "Weightless (ftg Kristen Hicks)", by Californian worship leader Landry Cantrell, who has previously enjoyed five Cross Rhythms radio hits, has been released. It is from Cantrell's upcoming album and was produced by Joshua Zegan (Blanca, For All Seasons). Talking about "Weightless" Landry said, "So often we can get caught up in focusing on the negative parts of life. After a while that negativity builds into this heaviness that we carry around with us daily. This isn't the way that God intended for us to live at all. He died for us so that we wouldn't have to carry that weight. This song has become my anthem ever since we wrote it, constantly reminding me that his yoke is easy and his burden is light. If we live in truth we can live every day feeling weightless."