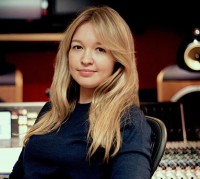 YOUNG British composer Rebecca Dale, the first female composer to sign to Decca Classics, will release her debut album 'Requiem For My Mother' on 31st August featuring two major works: her brand new "Materna Requiem" and her choral symphony "When Music Sounds". A single from the project, "Pie Jesu", has been released. Speaking about the album Rebecca said, "It's an amazing feeling to be releasing my first album and sharing my music with everyone. The Requiem is a very personal piece to me and it uses melodies I wrote when I was a child so you could say I've been working on it for most of my life! When I first wrote the Requiem I didn't even realise it would receive a performance so it's a hugely exciting moment to hear it on record, and I hope the piece connects with people."