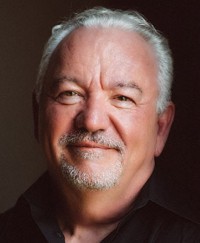 MESSIANIC worship leader and songwriter Paul Wilbur will be releasing his latest live album on 12th February 2019. Featuring new songs as well as a reprisal of his hit "Days Of Elijah" the project was recorded in Jerusalem on 25th September. Speaking prior to its recording Paul said, "It will include the worship and voices of Shae Wilbur, Sarah Liberman, Joshua Aaron, Jamie Hilsden, Becka Shae and an Israeli choir of millennial Jewish, Arab and Christian believers. Also, there will be several Israeli instrumentalists, and the finest believing Nashville musicians we know. EPIC is the word that continues to come to mind, and everyone in the Land is so excited about the effect this worship will have on the Body of Messiah as well as the nations."